A Roadmap to halve food waste by 2030 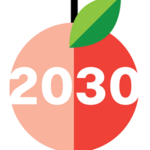 Each year, over seven million tonnes of food is wasted in Australia, costing the economy an estimated $20 billion. At the same time, more than 1 in 5 Australians have experienced some form of food insecurity.

Today we are releasing the Roadmap for Reducing Australia’s Food Waste by Half by 2030 which marks a key milestone in the implementation of the National Food Waste Strategy. The Roadmap provides a clear path forward for achieving the 50% reduction in food waste, acknowledging the current challenges and efforts.

The Roadmap sets out the short, medium to long-term actions needed to support reductions in food waste, including a Voluntary Commitment Program. This Target, Measure, Act approach has been successful all over the world in helping agri-food businesses to better understand and reduce their food waste. FIAL will now be focusing on finalising the Voluntary Commitment Program to engage business in food waste reduction activities.

Assistant Minister for Waste Reduction and Environmental Management, Trevor Evans MP, welcomed the release of the Roadmap, setting the direction for all levels of government, industry and other key stakeholders to reduce Australia’s food waste.

“The Roadmap is a positive step forward as we work to achieve our national goal of halving the amount of food going to landfill by 2030 – this is undoubtedly an ambitious goal and to achieve it, we need everyone to play their part,” he said.

“The food rescue sector plays an important role in ensuring food that’s perfectly edible doesn’t go to landfill, and instead is diverted to Australians experiencing food shortages. So I am very pleased to see the four major food rescue and relief organisations working collaboratively together to achieve these objectives”.

Over the past 2 years, FIAL has been working closely with multiple stakeholders to identify the steps required to make the food waste reduction target a reality. These stakeholders include food rescue and relief organisations, agri-food industry peak bodies, the Fight Food Waste CRC, the National Food Waste Strategy Steering Committee, the States and Territory Government Reference Group, and various national and international food waste experts.

About FIAL: Food Innovation Australia Limited (FIAL) is the catalyst that encourages the food and agribusiness industry to work collaboratively to grow the share of Australian food in the global marketplace. FIAL supports industry by sharing knowledge, building capability and creating connections. The Industry Growth Centres Initiative is an Australian Government Initiative.