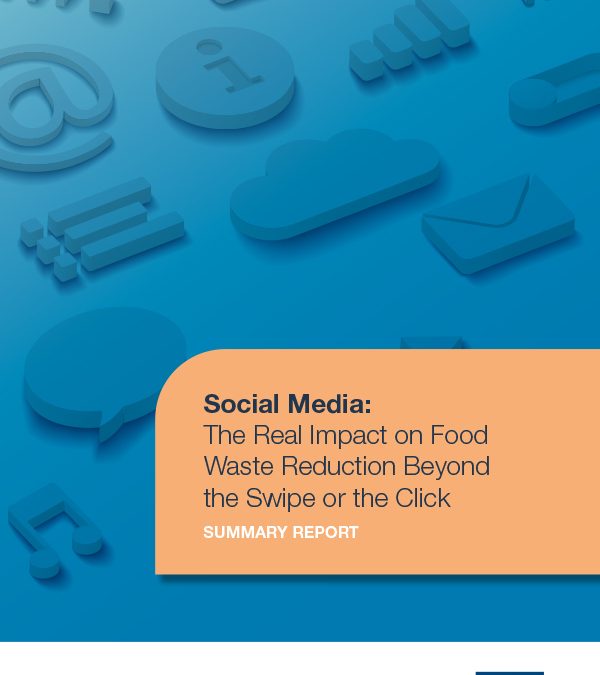 Social media campaigns can play a role in people’s food waste behaviours but work best when combined with other intervention tools, according to a new Fight Food Waste Cooperative Research Centre report.

Led by QUT, with Government partner the New South Wales Environment Protection Authority, the ‘Social Media: The Real Impact on Food Waste Reduction Beyond the Swipe or the Click’ report found emotional messaging, rather than a scientific and rational approach, is the best way to attract attention which can lead to long-term impact.

According to Food Innovation Australia Limited’s National Food Waste Strategy Feasibility Study, Australians waste around 7.6 million tonnes of food annually – equivalent to filling the MCG 10 times over. This equates to a figure of $36.6 billion, or $2500 per household, each year.

“We know through such previous CRC research as the ‘Fight Food Waste: It’s Easy As’ campaign that social media definitely has a role to play in reaching people in their homes, where the majority of food loss and waste occurs in Australia,” Dr Lapidge says.

“What this latest research from QUT underlines is that while there is still more we need to understand about exactly how social media influences decision-making around food waste, it’s not the only tool that we should use.

“This report also found that an approach that brings together stakeholders from across the value chain – in essence, from ‘farm to fork’ – would help in driving behaviour change.

“Our entire operating model is based on partnerships and working together with industry, government and researchers to help achieve Australia’s goal of halving food waste by 2030.

“With the cost of living rising across Australia, saving money on food is becoming even more important. At Fight Food Waste Limited, we are working very hard to bring about a nationwide consumer behaviour change campaign which we hope will elevate the issue of food waste across Australia and lead to a meaningful and sustainable reduction of food waste.”

Lead researcher, Dr Jenny Hou from QUT’s Digital Media Research Centre, says while social media campaigns can attract a lot of traffic and attention, the greatest challenge lies in how to evaluate their true influence – which is the case across all public education/intervention scenarios, including food safety, public health, road safety and other campaigns.

“We have found that social media as part of an intervention mix was effective in raising awareness, developing social norms, enhancing food waste literacy, and increasing ‘perceived’ behaviour control over food waste. The question is in how to maintain user momentum for long-term, sustained behaviour change,” Dr Hou says.

“There is no one-size-fits-all model, but many social marketing campaigns also include a wide range of other tools, all of which are useful to prompt behavioural change. These include printed information packs, game apps, websites, email alerts, fridge magnets, recipe cards, grocery shopping notepads, digital kitchen scales, and lidded buckets for waste composting/collection.”

The full report can be downloaded at: https://fightfoodwastecrc.com.au/wp-content/uploads/2022/03/Social-media-food-waste-reduction-report-web-final.pdf